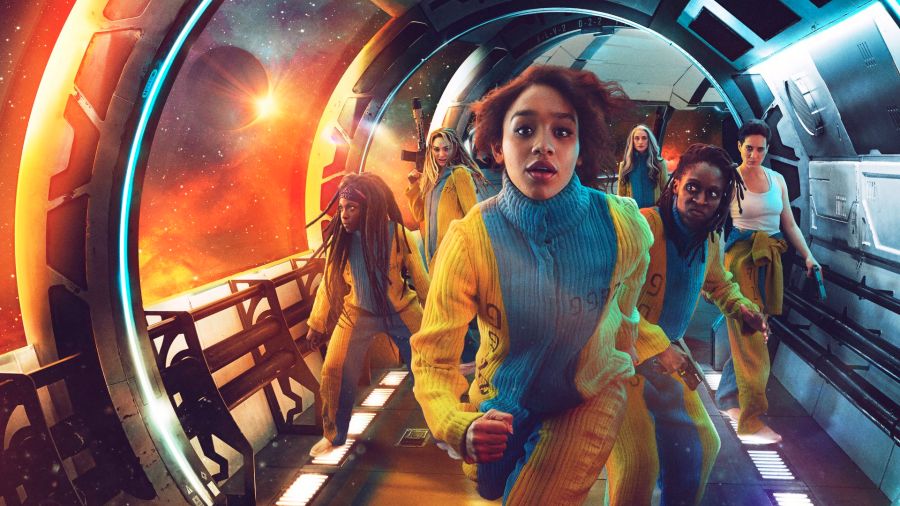 Intergalactic is an eight-part series produced by Moonage Pictures and Motion Content Group, in association with Tiger Aspect for Sky Studios.

Written by award-winning showrunner, Julie Gearey (Prisoners’ Wives, Cuffs, Secret Diary of a Call Girl), the high octane drama tells the story of fearless young cop and galactic pilot, Ash Harper (Steyn), who has her glittering career ripped away from her after being wrongly convicted of a treasonous crime and exiled to a distant prison colony.

But on the way there, Ash’s fellow convicts stage a mutiny and seize control of their prison transfer ship. With the flight crew dead, mob leader Tula Quik (Duncan-Brewster), is intent on reaching the free world – Arcadia – with her gang; and Ash is the only pilot who can get them there.

Ash is forced to join them on the run towards a distant galaxy and an uncertain future. From the fringes of outer space to the depths of human emotion, Intergalactic is a drama set in space, but with its feet firmly on the ground.

All episodes will be available to watch from Friday, 30 April 2021.

You can watch a first look trailer below…