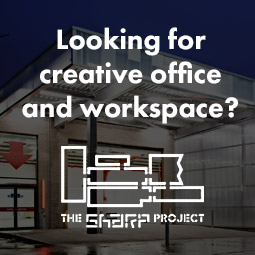 Space Studios Manchester opens its doors to schools and careers

Category Press releases Posted on October 16, 2014 By ihtezaz anwar
With the collaboration and support of the BBC, Space Studios Manchester, West Gorton’s new TV facility, recently invited 20 school children from The East Manchester Academy into the new 360,000 sq. ft. production facility, for an exclusive first look at the set of World’s End, a new drama currently in production for CBBC.

Category Press releases Posted on July 25, 2014 By ihtezaz anwar
The talent behind the success of the Pie Factory at MediaCityUk has been appointed stage manager for Manchester’s Space project. Dean Sinacola (36), completes the team of five at the new 360,000 sq. ft. drama and TV production hub in Gorton.

Category Press releases Posted on June 26, 2014 By Tom Clarke
First through the doors of the new facility are post-production specialists Flix Facilities and TV and film resource publishers Kays. The arrival of Flix and Kays represents the next step in the Project’s strategy to create a cluster of support companies both on the Space Project’s extensive campus or in associated buildings adjacent to the main site.

Category Press releases Posted on May 22, 2014 By ihtezaz anwar
The team behind The Space Project, the new 360,000 sq. ft. drama and TV production hub due to open later this month, is delighted to announce the first production set to get underway at the high-spec facility, with the BBC confirmed to begin production there on an innovative new format for CBBC, with the 36 x 15’ drama, ‘World’s End’ (working title).