Space Studios Manchester today announces a £14 million investment package from Manchester City Council to enable the expansion plans for the site in West Gorton, Manchester to go ahead. Subject to planning, this will see the production hub double in size by 2017. The announcement comes as Space Studios Manchester completes its first full trading year, having seen the complex used by all UK major broadcasters and international film companies.

The expansion of Space Studios Manchester will satisfy the nationally recognised demand for TV and film production stages as well as support space for the supply chain businesses, which will help grow the sector and further develop its already prominent position within the UK for media production. 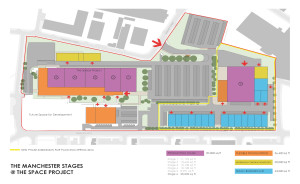 Sir Richard Leese, Leader of Manchester City Council said: “The delivery of this next phase will ensure that Manchester and Space Studios Manchester stay ahead of the curve against competing facilities, which will enable us to capture future opportunities to locate TV and drama productions in greater Manchester. This will help create a further 275 jobs and boost the local economy by nearly £10million.” 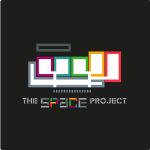 In its first year it has attracted all major UK producers. Clients include BBC, Sky, Channel 4, Sony Big Talk and Tiger Aspect. The first year saw on-site production activity supporting approximately 250 jobs with an associated GVA (Gross Value Added) benefit to the local economy of £9m. The production stages have accommodated some of TV’s most popular dramas and comedies including ITV’s ‘Cradle to Grave’, BBC Two’s highest rating drama origination of the year, ‘Boy Meets Girl’, a fifth series of ‘Mount Pleasant’, and Paul Abbott’s hit ‘No Offence’ for Channel 4 as well as CBBC’s ‘World’s End’. Space Studios Manchester has also become the new home of the BBC’s enduringly popular ‘Dragons’ Den’.

It has also hosted ‘Houdini and Doyle’, the upcoming American-British-Canadian drama television series based on the friendship between Harry Houdini and Arthur Conan Doyle. A 10-episode first session has been ordered by Fox in the United States, ITV in the UK and Shaw Media in Canada.

Manchester-based architects PRP, who designed The Sharp Project and Space Studios Manchester, has been appointed as architects on this new scheme.