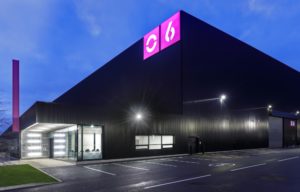 Space Studios Manchester announces today that it has substantially extended its offering to global film, TV and content producers thanks to the arrival of the eagerly anticipated SPACE 06 sound stage.

Across the 6.8 hectare (17 acre) Space Studios site more than 90,000 sq. ft. of new buildings have been built for production and related support activities including the purpose built 30,000 sq. ft. stage.

Space Studios is an ever-evolving and ever-developing facility, dedicated to working with the best and supplying the ultimate in customer service.  Also included on site are an additional 6,000 sq. ft. of production offices and green rooms, an additional 10,000 sq. ft. of workshops for set construction – equipped with water and power and vehicle access via roller shutters – and a further 40,000 sq. ft. of business units.

The 24 hour site has extensive parking for both cars and production vehicles and site wide data connectivity.

Since opening in 2014, Space Studios has played host to TV hits including The A Word (BBC One), Mount Pleasant (Sky One), Coronation Street (ITV), Dragons Den (BBC Two), Let It Shine (BBC One), Cradle To Grave (BBC Two) and Boy Meets Girl (BBC Two). In addition to this the studios have become first choice for many commercial producers and directors.

Colin Johnson, director of screens and facilities at Space Studios says, “From the start our ambition has been to attract world class productions to Manchester and Space 06’s arrival offers our clients even more opportunity to produce high end television and film in the best possible facilities. With this expansion to Space Studios it means we can provide not just stages but an entire supply chain of support for studio and location-based productions across the North of England”

For details of the other productions stages at Space Studios Manchester please click here. 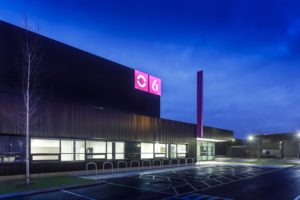