‘The A Word’ goes into production at Space Studios Manchester

‘The A Word’ goes into production at Space Studios Manchester

Space Studios Manchester has secured ‘The A Word’, a new six-part drama series for BBC One from Fifty Fathoms and Keshet International, with the co-production taking up residence in Space 04 at the 360,000 sq. ft. facility in Manchester until February 2016.

Commissioned by Ben Stephenson, former BBC Controller: Drama Commissioning in November last year, The A Word is the story of the Hughes family and their youngest son who is diagnosed with autism. They realise that if their son is ever going to communicate, they are going to have to learn how to communicate themselves; creating the backdrop to a funny and thought-provoking series about parenthood.

With stage builds currently underway in Space 04, the co-production will also be making use of production office space as well as access to Space Studios Manchester’s workshop, prop store and other facilities as well potentially benefitting from access to a range of in-house ancillary service providers. 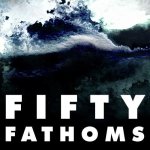 Sue Woodward, Founder of Space Studios Manchester, said of the news: “It’s great to welcome Fifty Fathoms to Space Studios Manchester. The quality and quantity of premium dramas and comedies on air in 2015 made on this site is quite remarkable, given that less than 12 months ago all we had was an empty shell. Thanks so much to all those productions that opted for Manchester.” 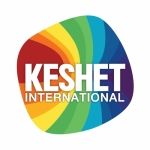 With transmission anticipated for 2016, The A Word is based on the Keshet International and July August Productions’ series and drama format which was written and created by Keren Margalit and has been developed and written for BBC One by Peter Bowker (Marvellous, Occupation, Blackpool).

Only fully operational since October 2014, airing in 2015 alone, critically claimed dramas and comedies made at Space Studios Manchester have included ‘No Offence’ for Channel 4, the BBC’s flagship entertainment series ‘Dragons’ Den’, as well as new series ‘Boy Meets Girl’ and ‘Cradle to Grave’ for BBC Two, the latter of which debuted to become the channel’s highest rating original drama of the year.